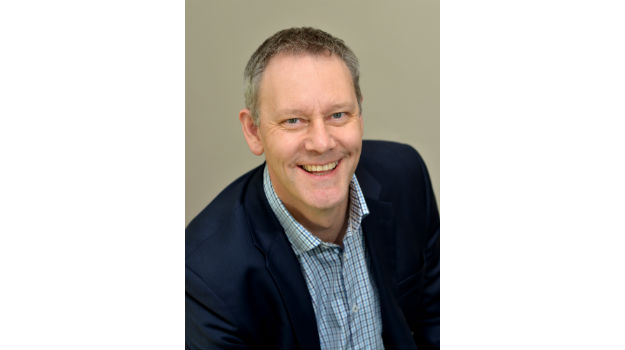 A career in procurement wasn’t on the cards when Clutton was making his career choices as a student and, his path there has seen him take on roles in a number of other disciplines from marketing to PR. Paul Clutton, Procurement Director at Whitbread Hotels and Restaurants shares his career story and offers some advice to would-be candidates wanting to follow a similar path.

As a student at the University of East Anglia, Paul Clutton’s passion was music and he pursued his hobby with interest, joining the events office at the University. It was what he really wanted to do, so a career in procurement for the drinks industry wasn’t his first choice. Yet a year after he graduated, the pull to be part of an industry which facilitated food and drink seemed a good direction to go in and he put himself forward for the milk-round of graduate recruitment and landed himself a role on the operations side of the pub division of Grand Metropolitan Plc. He was to stay there for five years. Starting out as a graduate trainee he progressed from a number of operations and marketing roles through to District Manager before transferring to work in trade sector marketing and then to Events and Merchandising Manager. Final roles included management of a team of five and managing a marketing budget of £3 million.

During a period of significant industry change, the business was sold to what became Scottish Courage and Clutton was involved in liaising with the Head Office about ongoing roles and eventually took redundancy himself.

“I only took a week off and, it was the most boring week of my life!” laughs Clutton who explains that he was eager to get stuck into his next role.

It was now 1991 and Clutton was appointed to a role at Whitbread and quickly learnt that he had now joined a more traditional operation where things moved at a slightly slower pace: “I took on an operations role, and did so for the next three to four years before moving into a central commercial role,” says Clutton.

The role was based in London and the South East, typically controlling 30 to 45 pubs with sales, rental income and credit control targets to achieve. Consistent growth was achieved through effective management of lessees, negotiation of rental income, wholesale and retail product sales plans, and successful capital investment. Clutton was now flying and was twice awarded Business Development Manager of the Year.

It was about this time that an interest in procurement was sparked, when Clutton moved into a central commercial marketing role, “I had to leverage Whitbread’s central procurement efforts at a time when there was a big shake up with the businesses tenanted side of things,” Clutton explains.

Between April 1996 and April 1997, Clutton worked as Whitbread’s Trade Development Manager for the Whitbread Pub Partnerships. His primary task was to develop a national procurement programme offering preferential terms for lessees. He was also responsible for the development and tutoring of a Retail Marketing Skills course for Business Development Managers.

Following that he held roles as Marketing Development Manager and Commercial Manager. Responsibilities included management of both drinks and non-drinks commercial plans for 2200 pubs. Negotiation of all WPP contracted terms and liaison with Whitbread procurement on group contracts.

In May 2001 the business sold its breweries and left the pub and bar business, refocusing on the growth areas of hotels and restaurants. Clutton was charged with creating a new central commercial team for the new operation and led the drinks purchasing.

“At that point, I’d been at the business for nine years and was not averse to change so I was not put off by the challenge of working out who was staying and who was going,” says Clutton who was offered a role as the Head of Commercial for the newly formed Laurel Pub Company. He was working with a new set of people, many who had come from private equity and he started to relish the new opportunities to ‘get things done’ and move the business forward at a quicker pace. He was once again charged with a big budget and managed expenditure of £100m, an income of £7m and a marketing budget of £3.8m.

In 2004, the business went through a big transition again and did a transaction with Green King. “I knew we were going to make some of the Laurel team redundant and I bumped into the then Procurement Director at Whitbread and mentioned the situation, asking whether they could take on some of my team. He said, ‘no’ but offered to take me on!” says Clutton.

So in 2004 he became the Category Manager for Whitbread. With a team of six and a spend of £120m he was responsible for all purchasing, logistics, technical services and order capture for all drinks for the Whitbread Group. He was also charged with the purchasing of ambient foods and coffee beans for Costa from December 2005. He achieved over £2m savings on drinks contracts.

Between 2006 and 2011 he held the roles as Head of Procurement, Drinks, Supplies and Services. Again he demonstrated his ability to make substantial savings. This time netting in over £15m of savings.  The procurement team was recognised with a Leadership Award for the project. After this he expanded his area of cover with the addition of food.

In January 2015, Clutton took on the role of Procurement Director.  The business centralised all procurement for the Hotels and Restaurants divisions under him, bringing all categories back together for the first time in a few years. Clutton is currently overseeing a huge transformation within the procurement team as well as managing procurement changes to a new finance system. Not one to shy away from a challenge, Clutton is also looking at the way the business will buy in the future and to manage this he has increased the size of the team which he says, “Is a massive vote of confidence for procurement within the business. With all these changes we are looking at millions of pounds of savings.”

Clutton says that his time spent in other parts of the business, put him in good stead for his eventual move to procurement and advises candidates wanting to get into this area to do the same. “I’d say to people, try and get some broad business experience. You have to have a good understanding of the areas you are buying for and how your products are utilised in the business.”

He adds that a qualification is also a good idea: “It’s not something I did myself but studying for the Chartered Institute of Procurement and Supply accreditation is a good idea or an MBA qualification.” He adds, “There are certain areas where discipline and structure are required and knowledge of contract law is essential.”

Clutton is sitting very comfortably within his role at Whitbread and says there is so much going on that he wouldn’t want it to change. His seniority has increased and he now sits on the Restaurant Executive team and wants to see some of the change programmes he has initiated through to the end.

Clutton who shies away from time off and has just as busy a life at home with three children to bring up, can put much of his success down to his eagerness to work and adapt to the constant mergers and acquisitions that a career in the hospitality industry has given him. You get the feeling that retirement is as far from his mind today as it was when he started as a music industry hopeful but took a different avenue to the successful career in procurement he loves today.